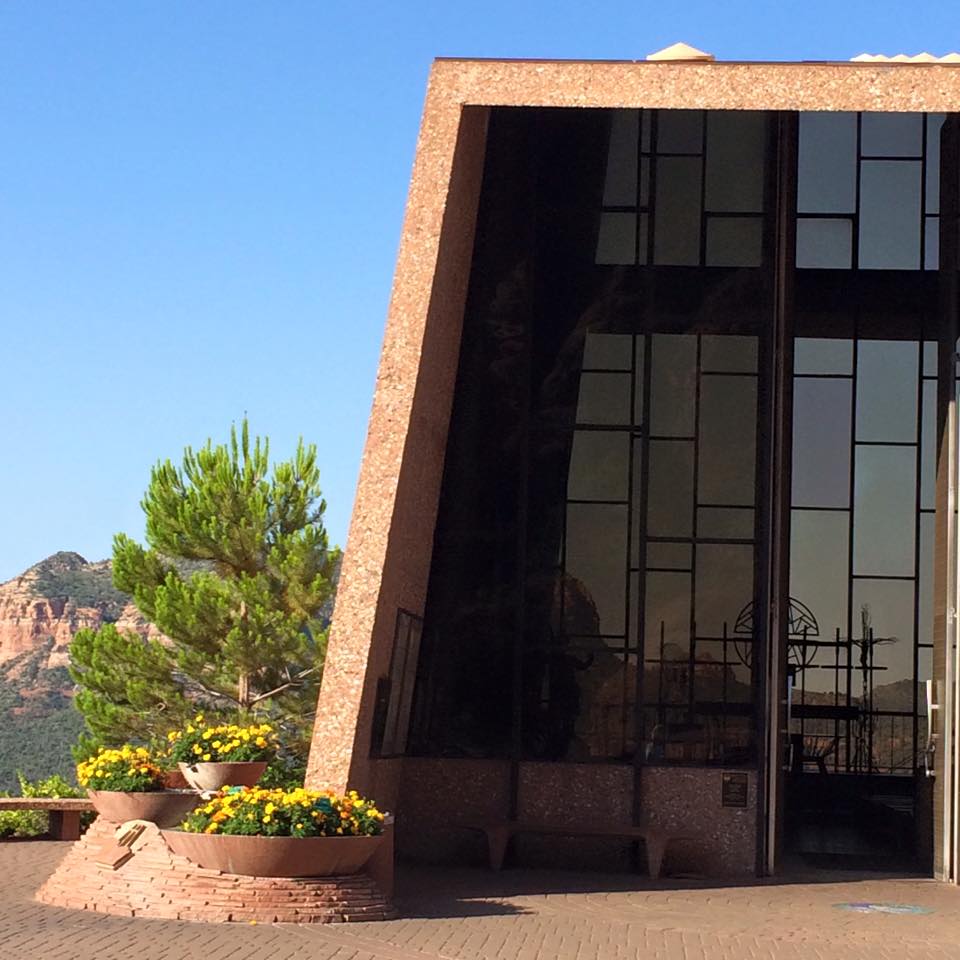 I am visiting Sedona Arizona while my husband attends a 3 day training session on Reiki Healing. I have been looking forward to this trip; investigating cave paintings and looking forward to the artistry of the people here. Unfortunately, the area seems to be so overwhelmed with people trying to make a buck that the real artistry and natural beauty of the place are lost. I am due to visit the Palatki Heritage Site this afternoon so I’m still hoping to recover my joy today.

We visited Jerome yesterday. Jerome is a small town on one of the many hilltops in the area. The town owes its existence mainly to copper deposits that formed about 1.75 billion years ago along a ring fault in the caldera of an undersea volcano. As the ore deposits became exhausted, the mines closed, and the population dwindled to fewer than 100 by the mid-1950s. Efforts to save the town from oblivion succeeded when residents turned to tourism and retail sales. Jerome became a National Historic Landmark in 1967. In the early 21st century, Jerome has art galleries, coffee houses, restaurants, wineries, and a state park and local museum devoted to mining history. 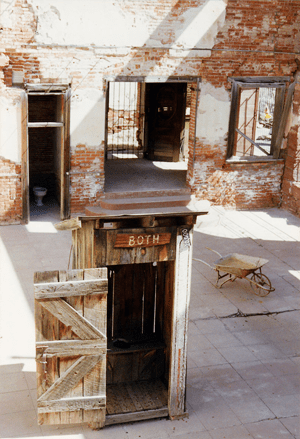 I was led to believe that Jerome was where the majority of the artisans displayed and sold their art. What I found was a small town with buildings precariously perched on a rocky hillside with some small shops, bars and a couple of restaurants tucked in here and there. The biggest attractions seemed to be the burned out shell of a 1930’s hotel with a makeshift fence surrounding it where people pitched pennies hoping to make it into an old toilet. The other popular attraction was a local ice cream shop. The locals seemed to be generally old “hippy” types with a population of 448. We stopped at an abandoned school that was purchased by a husband and wife 30 years ago. They have filled the home with workshops for creating art. Sounds like a wonderful adventure, but it did not capture my admiration. The woman who greeted us (and I use that phrase loosely) seemed to have suffered too many drug induced hallucinations. The family dog was perhaps the most interesting of this old school building. She let us know that the price of admission was a tummy rub as we walked out the door.

Chapel of the Holy Cross

Our visit to the Chapel of the Holy Cross was much more interesting. We came an hour before it opened which afforded us the opportunity to enjoy the serenity of the space. We didn’t get to go inside, due to the early hour, but the outside was spectacular. Perhaps I will go inside later in my trip.

The walk up from the parking lot was beautiful with a circular walkway that hugged the large rock face the church is built on. At the top of the walkway was a small shrine with a humming bird feeder and several humming birds. It was delightful. You could hear the birds chirping all around and there were no other noises. It is so rare these days to find places where there are no human type noises. It was wonderful and relaxing.

Designed by Marguerite Brunswig Staude, a pupil of Frank Lloyd Wright, the Chapel appears to rise out of the surrounding red rocks. The Chapel is open from 9am to 5pm daily. 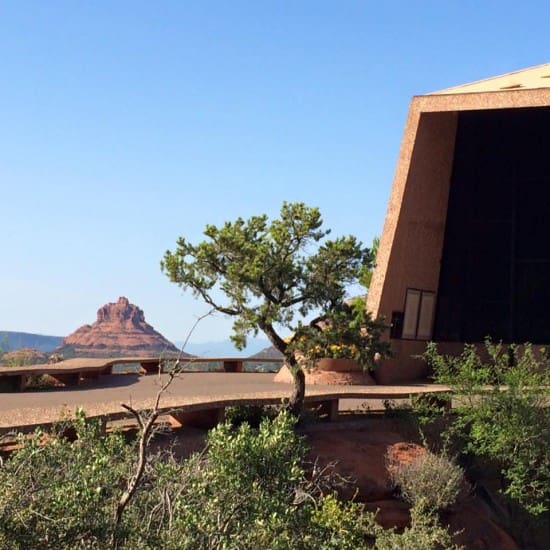 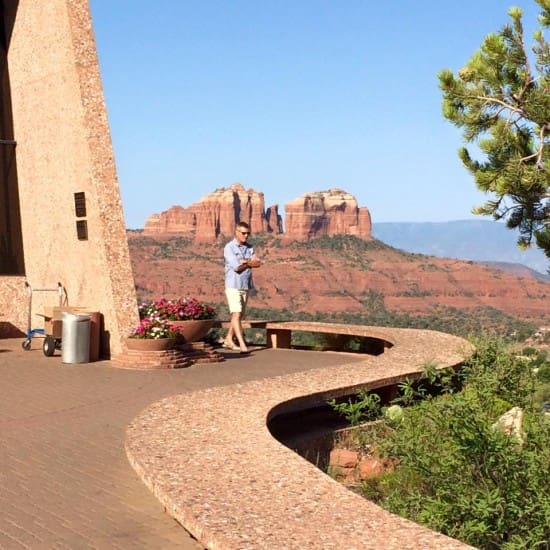 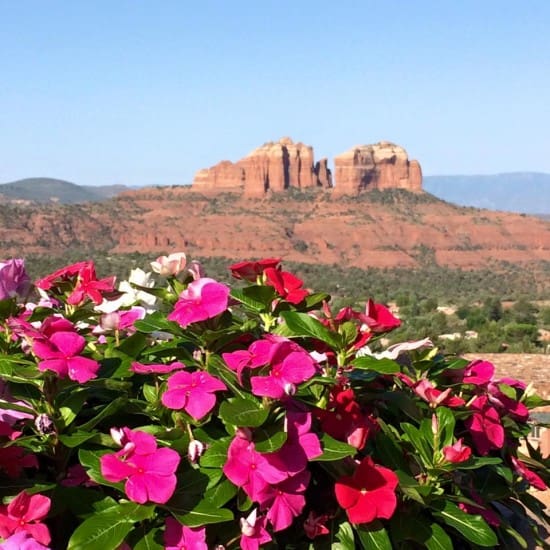 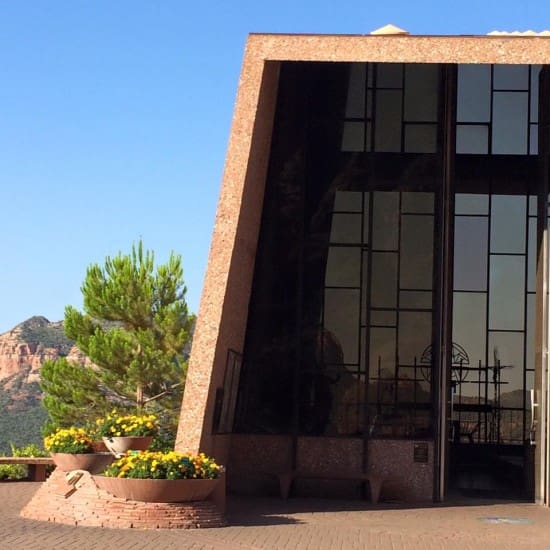 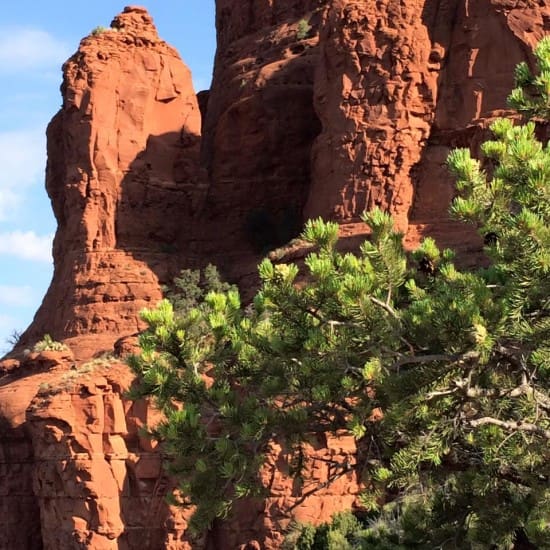 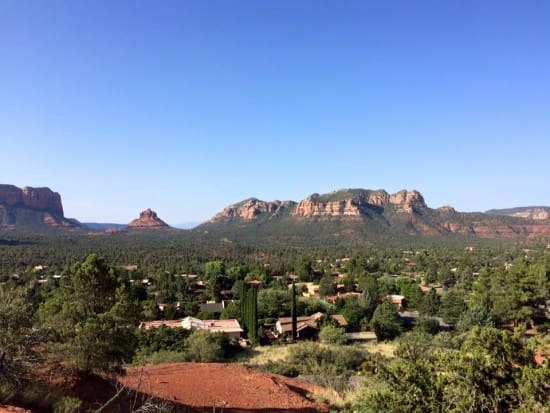